The day Canadian Prime Minister Justin Trudeau was proclaiming that new oil pipelines will pay for the country’s transition to a green economy, I was just finishing reading Andreas Malm’s excellent Fossil Capital: The Rise of Steam Power and the Roots of Global Warming (Verso 2016). Like many, the first analogy I drew upon in response to the Prime Minister’s words was that of someone announcing their plans to become a vegetarian, by eating as much steak as possible during their dietary “transition.”

Of course, the situation is more serious than that, and Malm’s book is an excellent place to dig into just how serious—in terms of the history of the structural problem we now face, and the drastic measures needed to do anything about it. I will offer a few notes here on Malm’s argument, before returning to Trudeau and our present “choice” (framed by many as “Paris or pipelines”).

Andreas Malm’s Fossil Capital is the kind of book that should change the way the climate justice movement thinks, as well as the way we understand the entwined development of capitalism and the origins of global warming over the past two centuries. That’s certainly the ambition of a 400 page, thoroughly researched book of surprisingly readable and entertaining political economy. Let me summarize what I think are Malm’s main two points, before fleshing them out a little more. 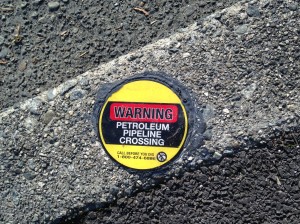 Ok. I can’t possibly do justice to this nuanced argument in the space I’m allowing myself here, but let’s look just a little deeper.

First, on Malm’s somewhat counter-intuitive revelation that the industrial revolution did not begin its course powered by the steam engine and thus the burning of fossil fuels, but in fact began on entirely renewable water power. Coal powered steam engines did not triumph over water wheels in Britain until the economic crises, and attendant labour struggles, of 1825-1848. Water was neither scarce nor difficult to attain. It was free and plentiful (unlike coal, which had to be mined, bought, and transported). The advantage of the steam engine was its portability—to the city, where pools of surplus labour could be tapped, and where labour could be watched, organized, and disciplined—in other words, completely subsumed into the production process.

The “transition”—from the “flow” (wind and water) to the “stock” (coal and eventually oil and gas)—and this is the subject of much of Malm’s book—was not driven by necessity, scarcity, the profit margin or any other argument that has dominated this narrative. No—the choice had one deciding factor: the stock gave the capitalists a leg up on labour—allowed them in fact to better discipline, dominate and exploit labour—and that was the deciding factor in its triumph over the flow. “The transition to steam in the British cotton industry occurred in spite of the persistent superior cheapness of water” (91). Furthermore, the full exploitation of water as an industrial energy source required close cooperation between capitalists (in the building of shared reservoirs, canals, etc. etc.). But a system based on private property and strict, intense competition driven by the profit motive could not abide such cooperation. Coal, and the steam driven factory, allowed the capitalist independence, private ownership of power, and full-throttled competition. “Grow by burning or die” (257) became the imperative. Self-sustaining growth (growth the only purpose of which is further growth) was “an emergent property of capitalist property relations” (263), which latched onto fossil fuels as the chief means of guaranteeing this growth.

[C]apital prevailed over labour in the key industry of the British economy [cotton]—smashed the unions, re-established proper hierarchy, extracted more output out of fewer workers at lower cost—by means of power, in the dual sense of the word. Only the mobilization of that source [coal] made it possible for the cotton capitalists to begin the process of salvaging profits at the expense of labour (68).

Economic crises and quickly progressing urbanization meant there was a steady and desperate supply of labour in towns and cities, “radically enhancing the spatial advantage of steam” over water (150). Steam also bested water because of the demands of the machinery steam enabled: “the power loom demanded of its minders utter resignation to the diktat of the machine” (151). A water mill, typically situated on a river in the country, relied on labourers who often had better things to do than attend machinery (like tend their small vegetable plots, or take in the hay when the season came). Furthermore, to encourage labour to come to or stay near country water mills, employers often had to assist labourers with housing and the like, and pay them an attractive wage. In the town and city, the only connection between capital and labour was the wage, and labour could be dismissed or hired entirely at the capitalist’s whim.

There is, of course, a self-sustaining feedback loop between fossil fuels and mechanical/technological innovation—a feedback loop that has evolved to become the primary driver of capitalism and, naturally, one of Malm’s major concerns. “A shadow of resistance,” Malm writes, “followed virtually every new machine rolled out in the Industrial Revolution” (222). The more labour resisted, the more capital turned to the machine and steam power to subdue labour and intensify production.

“One of the great paradoxes of mechanization is that it always produces new dependencies on human labour” (264)—thus, while mechanization might lead to labour reduction at one level (the machine doing the work formerly performed by the human being), it increases it at another (humans still have to make the new machines). This impels capital to once again enter the struggle against labour (for instance, in recent decades moving most of global production to China—and then blaming China for the increased carbon it has pumped out while allowing global capital to exploit its incredibly cheap pools of captive labour). AND—this is crucial—capital’s mechanized struggle with labour leads directly to climate change:

Fossil capital … is self-expanding value passing through the metamorphosis of fossil fuels into CO2 (290).

For Malm—and I think he’s right—the “Anthropocene” masks the reality of class struggle behind global warming and leaves us unsure as to how to respond to the world “we,” supposedly, have created: “The trope of the undifferentiated we does violence to the historical record” (392). Malm prefers “Capitalocene,” which is a little awkward; I prefer the straightforward “Geophysical Capitalism.” The point is the same—our economic system has reached a phase of near total exploitation of human and natural “resources,” and thus simultaneously near total global environmental impact of the unequal and radically exploitative accumulation of capital. 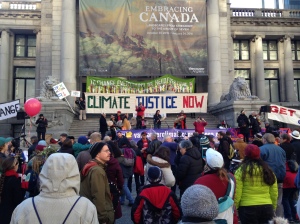 Let’s get back to Trudeau and the idea that we can build fossil fuel pipelines—and continue to tap the tar sands—while somehow “fuelling” the transition to renewables. Malm has a good explanation o the problem here too.

Because the outlay in fixed capital is so expensive, large mines (think: tar sands) and related infrastructure (think: pipelines) must be used for long periods of time before they become profitable. At a moment when what we absolutely do not have is a long time to continue burning fossil fuels, the financial locking-in of such infrastructures cannot happen. There is no “transition period” that includes expanded fossil fuel production, and anyone suggesting there is is either deluded or lying. The transition begins by replacing such infrastructure, now and on a very large scale, or it does not meaningfully happen at all. The choice is not even “Paris or pipelines.” It’s, the planet or the void. And the choice is ours.

The problem is that—and Trudeau, as Harper before him, is the mouthpiece for this view—“for the involved capital, that would be tantamount to an asteroid impact obliterating a whole planet of value” (359)—and capital cannot and will not “agree” to the sort of “planned recession” and massive re-structuring that is needed; it must be forced. And the governments speaking the language of growth, green or otherwise, must also be forced—because as long as they champion pipelines they are championing the wealth and power of the few at the expense of everyone else. A real and rapid transition is not inconceivable—“There are just some people standing in the way” (360).

All this is to say that Malm, like Naomi Klein, whose This Changes Everything he cites approvingly, points to a broad-based, expanding and global grassroots social movement as the only real way of forcing “an immediate return to the flow” (367). Climate change is “a lifting of the veil on two centuries of fossil capital”—and “global warming is itself the sum of lost causes” that have resisted capital’s rise and global expansion—commoners, luddites, unions, Zapatistas, Indigenous land defenders and all the rest—to whose struggles we can and must now once again return ourselves (393). The consequences of inaction are too terrible to entertain. Malm concludes by quoting Walter Benjamin: “even the dead will not be safe from the enemy if he is victorious”—because there will be none left living to remember the dead.